The book is perfect for those interested in learning about Situational Leadership without having to address extensive Occupational Psychology theories and data.

Written as a dialogue that reminds of the Socratic method, Dr. Paul Hersey characters are modelled on “two giants in the field – Frederick W. Taylor, the father of scientific management (Task Behaviour) and Carl Rogers, who opened new horizons in interpersonal relations (Relationship Behaviour)” – page 126

The key themes are addressed in the dialogue and further expanded in explanatory sub-chapters.

The model of Situational Leadership has been adopted since the late 1970s and, as the title suggest, leadership is not be intended as a fixed skillset that a manager and leader can apply. Leadership is the ability to modify and interpret the situation, more specifically the requirements and readiness of the followers, and adjust the management style accordingly. This flexibility is well explored in Chapter Four Selecting Appropriate styles –

Rogers: You got it…and, you know, after a while, I could predict that Taylor would treat me differently depending on the job we had to do, how much a knew about it, and how much I wanted to get it done. (page 54)

Of extreme value is the chapter that covers Performance problems and more specifically performance discipline. The basic suggestion is that the modern negative connotation of discipline as a corrective measure has evolve from what used to be a more positive and constructive use of the term disciple “A disciple is a learner” – page 114.

Time, an essential factor in performance and management must allow for variation of circumstances, motivations as well as company goals. It is the role of the manager to evaluate correctly if there are events which can negatively impact performance.

“When people’s performance declines, the intervention needs to be made with a leadership style that is appropriate for their present readiness.” (page 115)

The model was first created by Dr. Paul Hersey in collaboration with Ken Blanchard and it was introduced as a “life cycle theory of leadership” in 1968. The two theorists subsequentially developed independent streams of the model. Dr. Paul Hersey founded the Centre for Leadership Studies which offers courses and certification to deep dive into the content and application of the Situational Leadership theory. Dr. Blanchard has also actively engaged with the model and created SLii© model and the Blanchard Training and Development Inc. (Companies).

Criticism of the theory are not address in this original volume, which in fact frames itself as presenting a model rather than a theory of Leadership “A model, on the other hand, is a pattern of already existing events which can be learned and therefore repeated”.

The Story, the Background, The epilogue 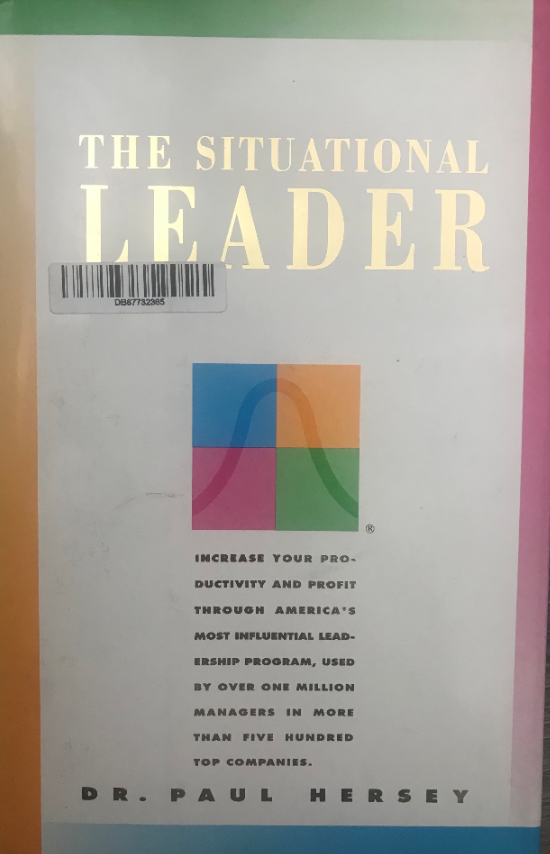 previousReview of The Strategist by Cynthia A. Montgomery